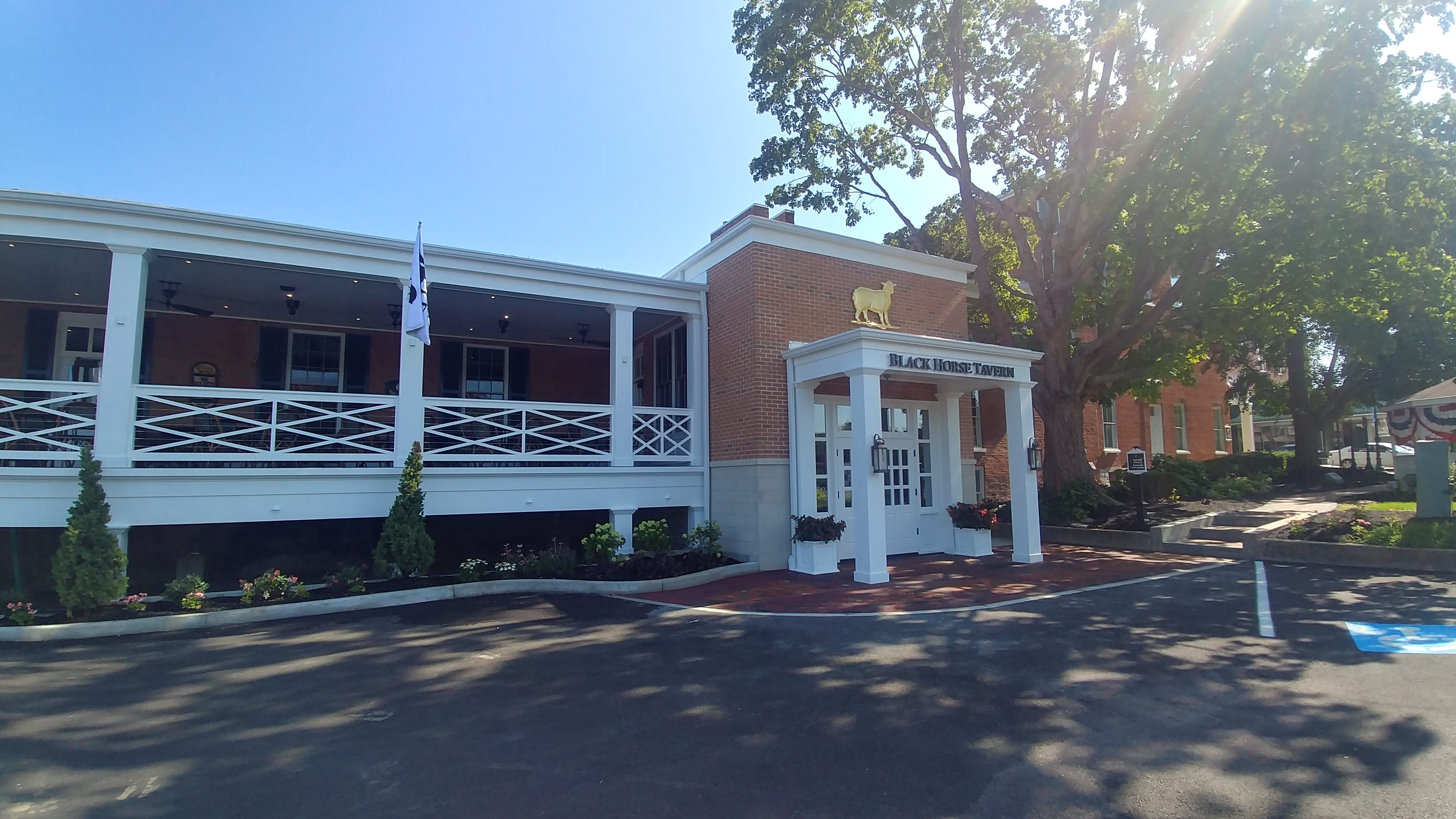 The renovation included the addition of a 58-seat outdoor dining veranda and expanded indoor dining area which increased the Black Horse Tavern guest seating from 52 to approximately 150.  The project also included a new tavern entrance and vestibule plus a refresh to the lower level gift shop.  This is the largest investment into the Golden Lamb in the last 50 years.

“It was our goal to create a dramatic and welcoming space that tells community stories, captures the inn’s classic charm, and treats decor as both art and artifact,” General Manager and Operating Partner Bill Kilimnik said.

“The challenge to us, as the construction company, was to maintain the design, intent of the style and function of the facility,” stated Grace Piller, Bunnell Hill Construction project manager.

“It was an honor to again work with the Portman Family, Bill Kilimnik and his staff at the Golden Lamb to make their vision of this space a reality,” stated Kevin Scott, Bunnell Hill Construction, President.

The Golden Lamb has been a Southwest Ohio landmark since 1803 – when Ohio achieved statehood.  Over the years, thousands and thousands of patrons have been served in this warm and friendly inn and tavern.

Copyright © 2019 All Rights Reserved.
The Schueler Group of Companies

We are open and ready to serve

Land near CVG sold for $3.1M to be developed