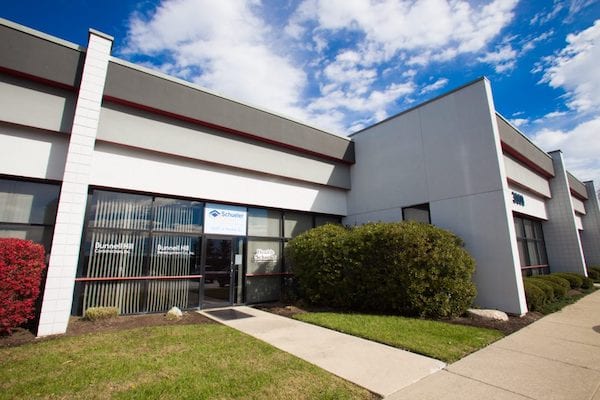 The 2020 U.S. Census is underway. And when the results of the federal government’s latest 10-year population survey come back, we could finally see an important development for the Cincinnati-Dayton corridor that’s been anticipated and talked about for at least the last two decades: the official combination of the two urban centers into a single Metropolitan Statistical Area, or MSA. (Think Dallas-Fort Worth, or Minneapolis-St. Paul.)

As a real estate, construction and development firm that has extensive property holdings along the corridor, and has been proud to play a significant role in the business growth that has seen the two cities expanding toward each other along I-75, the Schueler Group of Companies can’t help but follow this issue with interest.

The general consensus seems to be that designation of a new Dayton-Cincinnati metro area by the U.S. Office of Budget and Management – a change that would require certain benchmarks to be hit in the forthcoming Census data – could be an important spur to further the region’s economic growth, helping the two cities compete more effectively with larger markets for jobs and development.

As recently as nine months ago, WCPO TV in Cincinnati revisited the topic in a news report that examined “Why a Cincinnati-Dayton partnership could be a regional powerhouse.”

The Background: Why Combine MSA’s?

WCPO reported that the Cincinnati metro area, which includes Northern Kentucky and Southern Indiana, is ranked by the OMB as the nation’s 29th-largest MSA, while Dayton’s metro area comes in at 73rd. Combine them, and you come up with a metro of more than 3 million people – making this hypothetical Cincinnati-Dayton MSA the 18th largest in the United States.

The possibility of this happening has long been the focus of hope and speculation for area business owners, local governments and commercial landholders. Back in April 2015, for example, the Journal-News in Butler County predicted that “the two cities and their surrounding suburbs could merge over the next five years to become one metropolitan area in the eyes of the federal government”– a timetable that would put the merger on track for the 2020 Census returns.

The OMB would be the agency to make the designation, but before it has the option to do so, certain demographic criteria have to show up in the Census, involving factors such as population growth, development patterns and social and economic exchange. One requirement is that 25 percent of residents living in central counties of one metro area are commuting to work in central counties of the neighboring metro area.

The Implications of a Cinci-Dayton Merger

As one might expect, the prospect of a Queen City-Gem City merger is attractive to commercial and civic entities in the area. In a February 2017 article in Heartland Real Estate Business magazine, Richard Meder of Colliers International called combining the two metro areas “a winning strategy” that would “make the Southwest Ohio region more attractive to companies looking to locate in a large city, especially if those companies want a more affordable area than metros like New York, Los Angeles or Chicago.” Others believe a higher metro ranking could help in attracting federal development dollars.

It goes without saying that an MSA merger of the two cities would greatly increase its visibility in the nation’s commercial/industrial markets. And the potential for massive expansion is there. You can find thousands of acres of empty farmland as well as large land syndicates in the Cincinnati-Dayton area with a quick Google search – all of which have great potential for commercial or industrial development. This area of intersection of Southwest OH, Southern IN and Northern KY has the distinct advantages of available empty acreage for sale as well as developed land on the market, giving businesses looking to expand their reach into the Midwest many options at much lower costs than East or West coast MSA’s. And for local inhabitants, the potential for new jobs in the area as a result of the growth that would follow this merger is huge, making it an attractive possibility for any and all parties.

Will it Be Sooner– or Later?

For many, the question of this MSA merger seems to be less whether it will happen than when. Meder, for example, suggests that based on current growth patterns, “it appears to be only a matter of time before the two MSA’s merge together.” However, he doesn’t speculate on a date.

In the WCPO story, Joe Hinson, President and CEO of the West Chester-Liberty Chamber Alliance, likewise calls the merger “inevitable,” but he doesn’t expect the 2020 Census data to support it yet.

The Schueler Group is heavily invested in this potential merger. As a group of companies that work in tandem to provide comprehensive commercial real estate services, a marriage of the Cincinnati and Dayton MSA’s would allow us to provide our clients with even more industrial and commercial real estate options and the ability to expand the geographical reach of their businesses. The Schueler Group is poised and ready for an influx of new businesses should this merger happen; our commercial real estate brokers in our Henkle Schueler branch buy, sell and lease countless retail spaces, office spaces and warehouses, and Bunnell Hill Construction, our commercial construction company, deals in hundreds of acres of land for commercial development each year. Our passion is helping this area grow in commerce and industry, so it goes without saying that we will be anxiously awaiting the 2020 Census returns.

The Best Commercial Realty Firm Offers a Range of Expertise

A company that brokers commercial real estate obviously needs to know the ins and outs of finding, buying, selling and leasing land and buildings for business use. A good commercial realtor likewise needs to have a deep and detailed knowledge of the regional commercial real estate market, and maintain an extensive set of listings for customers to choose from. When a realty firm also has in-house expertise in business planning and development, commercial construction contracting, and property management, it can make the process of finding and obtaining a site for commercial development, and carrying that process through every step to opening a new business and beyond, much easier and more seamless.