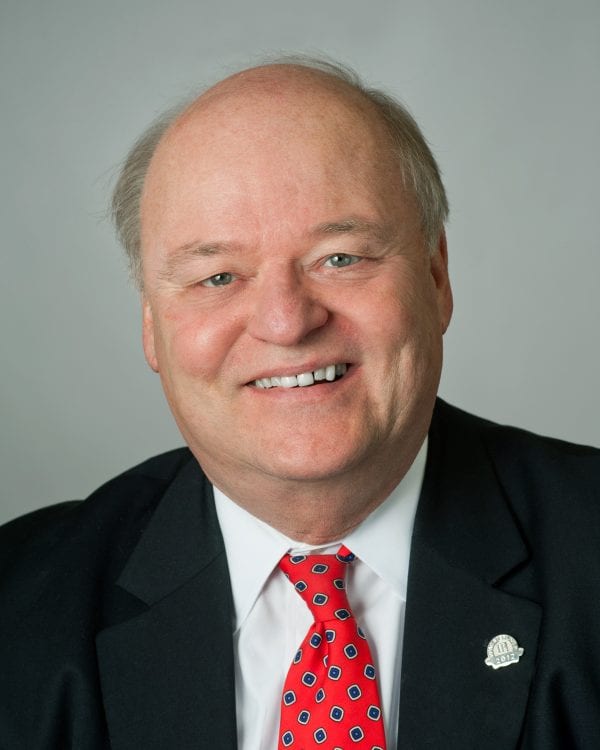 The presentation of the award was made at the organization’s Board of Directors meeting during the 108th Annual Convention & EXPO, Sept. 16-18, in Columbus.

The “Phillip R. Barnes RPAC Achievement Award” was created in 2001 in memory of Past President Phillip R. Barnes, who was a leading advocate of the organization’s REALTORS Political Action Committee. The Award is presented annually to a REALTOR whose commitment to RPAC and political involvement is exemplary.

On the national level, Knapp has contributed to the REALTORS Political Action Committee (RPAC) at the Sterling R Major Investor level for more than a decade, he is the industry’s Federal Political Coordinator for U.S. Sen. Rob Portman, has served as a National Association of REALTORS (NAR) Director for several years and as NAR Region #6 Vice President. In addition, he has served on multiple committee, including as chair of the NAR Interpretations & Procedures Advisory Board in 2015.

Additionally, he serves as a director of the Ohio Housing Finance Agency and is a member of the Cincinnati Council – US Navy League. He was also a member of the city of Lebanon Civil Service Commission, the Lebanon Comprehensive Plan Steering Committee, the Warren County Housing Advisory Board, trustee of the Community College Advisory Board of Warren County, and director of the Otterbein Retirement Committee.

“Over the years, Brad has truly led by example on the importance of RPAC,” said Ohio REALTORS President Tiffany Meyer. “REALTORS are beneficiaries of his unmatched leadership and support to this important cause, but also his tireless effort toward improving the real estate industry and profession.”

The Ohio REALTORS, with more than 33,000 members, is the largest professional trade association in Ohio.

This article was featured on the OhioRealtors.org

Why You Should Consider Investing in Farmland

Things to Consider When Browsing Local Acreage for Sale

Are you starting a new project for your growing business? There are some important factors to think about when looking at commercial land that’s on the market. First, you want land that is in a central, easily accessible location. Second, you want to consider the existing zoning of the plots of land around it. Third, analyze the landforms in the acreage you’re considering. Will it be easy to grade out for building on? And lastly, something that is affected by all these things – utilities. How easy or difficult will it be to create the infrastructure for utilities like power, water and sewer? Don’t invest before going through each of these variables and weighing all your choices.